The European College of Liberal Arts (ECLA) was set up in 1999 by a group of young graduates from Harvard, Stanford and Oxford, who wanted to bring a liberal arts institution to the vibrant city of Berlin.

It is a college without departments, offering instead an interdisciplinary curriculum where students can explore the values of life and specialise in Art & Aesthetics, Ethics & Political Theory, and Literature & Rhetoric.

ECLA offers a four-year bachelor’s programme, on the completion of which the students receive the BA in Value Studies. It has been recognised as a private university by the Berlin Senate for Education, Science and Research. In November 2011, ECLA became a satellite institution of Bard College in New York, meaning it can now introduce new programmes and dual-degrees.

ECLA’s curriculum is unique as it seamlessly combines philosophy, literature, political theory, art history and film theory. It is ideal as a basis for further studies or to develop a career in politics, public policy, journalism or the art world, for example.

The first two years of the BA are spent at the ECLA campus, while the third year is customised according to the student’s wishes, usually involving study or an internship placement somewhere else in the world at one of ECLA’s partner institutions. During the fourth year, students do a research project that functions as a capstone for the entire degree.

Besides the full BA programme, ECLA also offers one-year non-degree courses for those who want to explore the questions about political, moral or aesthetic values in an academic setting.

Twenty-three year old Tuvshinzaya Gantulga, from Mongolia, is in his final year of the BA programme. “I first came to ECLA to study for the summer school. But the place grew on me, and I decided to stay on for the BA,” he says.

“The ECLA experience has been life-transforming. Compared to the day I arrived here, I feel I am much better equipped with tools and content to understand complex issues.”

The charm of the ECLA in Berlin is that it is a small and cosy campus with around 50 students per year. Lectures and tutorials are intimate, perfect for students who shy away from larger lecture halls and prefer one-on-one sessions. Students are also actively encouraged to express their opinions.

American Paris Helene Furst is in her first year of the BA, focusing on Art and Aesthetics, and Ethics and Political Theory. She came across the ECLA website by chance last year and it took her just five minutes to realise that this was exactly the right kind of education for her.

“I felt kind of like a shipwrecked sailor who had the unlikely fortune of being washing up on the shores of an idyllic island just as he was drowning,” she reveals. “I had refused to stay at other institutions that I felt were approaching education in all the wrong ways.”

While she says ECLA classes are demanding, the community of students and professors is so supportive that nobody ever feels overwhelmed. “I have never been so fully involved in such a rich community of learners; the students and professors come from all over the world, carrying their own cultural histories and personalities – I have learned as much from my peers as I have from my books,” she says.

“I think we know that we are stimulated when we find ourselves sitting at dinner extrapolating on the themes of our lectures and seminars.”

Even though it’s small, the ECLA is truly international, counting students from around 30 countries today. The staff is equally international and each is specialised in an area of liberal arts. While most come from Europe and the US, visiting academics from further afield such as Latin America and the Middle East add more multi-culturalism.

ECLA combines the best of urban and suburban life as it is located in the quieter northern suburbs of the city but close enough to trendy Prenzlauer Berg. The campus consists of several neo-Bauhaus buildings which used to house several embassies during the German Democratic Republic days.

The fees include tuition, accommodation, full board and study trips. All students live on campus. 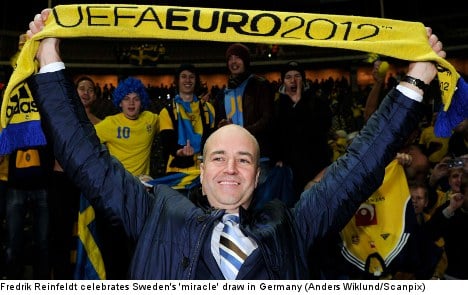