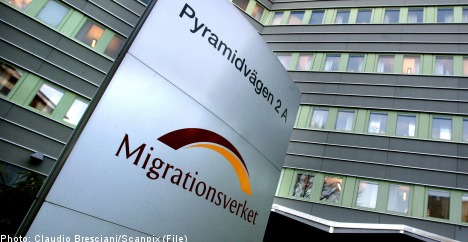 Many of the deportation orders that the police receive from the Swedish Migration Board (Migrationsverket) are difficult or impossible to carry out, police told Sveriges Radio (SR) investigative news programme Kaliber, which contacted all of Sweden’s border police units and expatriation centres.

In addition, of the roughly 18,00 people awaiting deportation, police only know the whereabouts of around 7,000.

Those set to be deported often lack genuine identity and travel documents, and many counties to which they are to be sent won’t accept the would-be deportees.

“Some of these cases where we see there are real difficulties in achieving the desired result are basically set aside until the statues of limitations run out and they are written off,” Lars Skoglund, head of the border police for Västra Götaland county, told SR.

Police also criticized the Migration Board for conducting substandard investigations, resulting in some of the work being dumped on police.

But Migration Board general counsel Mikael Ribbenvik rejected complaints from the police, arguing that while processing times at his agency have dropped significantly, nothing has been lost in terms of quality.

“We put a lot of time into our investigations, it’s the lead times and time estimates for different steps that we’ve changed,” Ribbenvik told the TT news agency.

He added that Sweden’s migration courts now change or reverse fewer of the agency’s rulings.

According to Ribbenvik, neither the Migration Board nor the police can say with certainty how many of the 18,000 people awaiting deportation from Sweden actually remain in the country.

“We don’t know where they’ve gone,” he said.

He also pointed out that in certain cases it can be “totally impossible” to carry out deportations.

“There isn’t any country in the world that would accept a person without being certain that he or she is a citizen of that country,” said Ribbenvik, adding that he understands the police’s frustration.

“They have a tougher job than we do. They have to deal with people who won’t cooperate.”

IDENTITY CARDS
EXPLAINED: How a new Swedish law could give more foreigners BankID

The current proposal was put forward by the former Social Democrat government, and after discussions in the social insurance committee, it was clear that a majority of the parliamentary parties are in favour – only the Left Party, the Greens and the Centre Party are against it.

“A higher maintenance requirement is a welcome step on the path towards a system that curbs cheating and fraud and focuses on highly qualified labour immigration,” migration minister Maria Malmer Stenergard told TT newswire in a written comment.

The Swedish framework for work permit immigration has been described as unique. In contrast to most other countries in Europe which are specifically aimed at highly educated immigrants, Sweden accepts all immigrants who fulfil the requirements despite their education or profession.

The number of labour immigrants to Sweden has also increased substantially. So far this year, over 50,000 applications have come in, of which 38,000 have been approved. Labour immigrants represent the majority of immigrants in Sweden.

It’s also unclear when the change in legislation could become law. No date is given in the proposal, but the suggested date of implementation is “the day the government decides”.

Another element which is not yet clear is exactly how high the salary threshold will be. This will be decided in a separate regulation, which is planned to come into force at the same time as the new law. 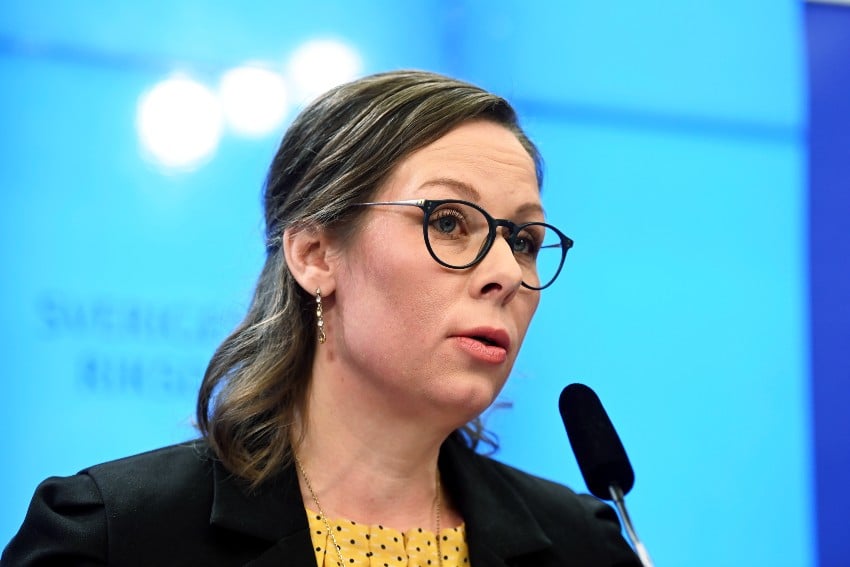 Sweden’s Migration Minister Maria Malmer Stenergard has yet to say what the new salary threshold will be. Photo: Jessica Gow/TT

“The goal is to introduce the new maintenance requirement as soon as possible, and we will give more information on the exact limit at a later date,” Stenergard told TT.

In the Tidö coalition agreement, the government and the Sweden Democrats state that the salary threshold should be the same as the average salary, which is currently around 33,000 kronor a month.

Seasonal workers, such as berry pickers, will not be affected by this proposal.

Further tightening up of labour migration laws are also expected in the future. For example, the government wants to investigate if certain professions – such as personal assistants – should be banned from getting work permits. Stenergard has also announced that the so-called ‘track change’, where asylum seekers can switch to other permits, such as work permits, will be abolished.