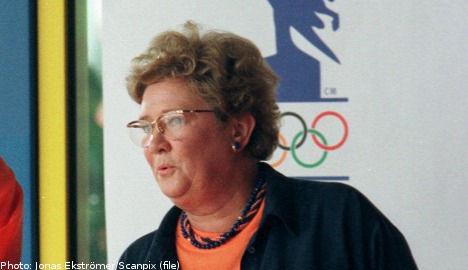 ”She has passed a way after a time of serious illness,” said Ikea spokeswoman Josefin Thorell, to daily Aftonbladet.

Margaretha was the love of Ingvar Kamprad’s life and they had three sons together. According to daily Dagens Nyheter (DN) the couple met when she was 20 and he was 35.

During their first married years, they lived in southern Sweden, and have since lived in Denmark and in Switzerland.

It was Margaretha’s sacrifices that made Kamprad’s dreams of Ikea possible, he said in a longer interview with Aftonbladet from 2003.

”But I, on the other hand have abused her, she has always had to come second or third in my priorities. I’d be away from my bed 200 days out of a year. And she more or less had to give up on her career, she used to be a teacher. I think sometime she has been plagued by idleness,” Kamprad said at the time.

Although Kamprad told the paper about his wife’s sacrifices and support, she always refused to see herself as a victim of the Ikea phenomenon.

According to Aftonbladet she refused to be made into a dinner companion and chose not to attend representative dinners or other Ikea functions.

Despite this, Margaretha Kamprad-Stennert was active in the Ikea concern, although she stayed out of the limelight.

According to the Aftonbladet, Ikea staff were informed of her death yesterday.

”The family ask to be allowed to honour her memory in private,” said Thorell to the paper.