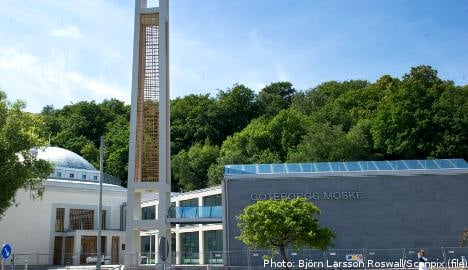 ”The mosque is not just a place for prayer, it is also a social place and the mosque is here for dealing with problems in society. One of these is that it is hard to find a partner,” Abu Mahmoud, the man behind the dating site, told Sveriges Radio (SR).

The service isn’t new per se, as young Muslim Stockholmers in need of a partner could previously browse a folder, located in the entrance to the mosque on Södermalm, in the south of the city.

”We’ve already been doing this, but not digitally. We did it in paper form at the entrance, so the idea isn’t completely new,” said Andallah Salah, deputy head of the Islamic Association in Stockholm to SR.

However, the folder has been taken away, as it was impossible to make sure that those who read the contact details were serious in their endeavours to find a partner.

But Salah told SR that the interest in getting help finding a suitable partner is still significant.

The new dating service in Gothenburg will not feature pictures or bios. Instead contacts will be made through a website managed by Abu Mahmoud and his wife.

While Muslims interested in the service can register on the site, their contact details won’t be viewable by potential partners.

Instead, the matchmaking will be handled by Mahmoud and his wife.

”My wife will serve as a contact for the sisters, so women can contact her and to see if there is a suitable match, and if there is, they just have to register,” said Mahmoud to SR.

So far, more than 20 people have registered, of which more than half are men.

After the initial contact has been made by Mahmoud and his wife, the idea is that the courting will be carried out in the appropriate fashion – the ”halal” way.