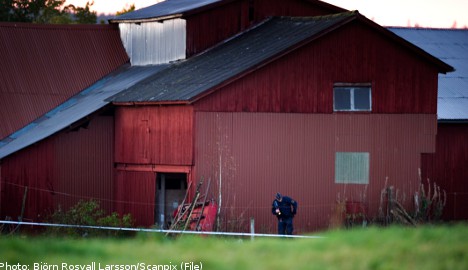 Another man, previously arrested for protection of a criminal, is also part of the investigation. The case now has a total of five suspects.

The two men arrested in Poland on suspicion of committing the double murder will soon be entering the Swedish legal system.

The men were arrested after a remand warrant was granted, an international arrest warrant issued, and a Polish court ruled that they be extradited to Sweden.

As this ruling has not been appealed, the murder suspects will be brought to new court proceedings before the Alingsås District Court on Monday.

The two men who were previously arrested for the murders, shortly after they occurred, have been cleared of suspicion.

The brutal double murder occurred on October 19th in the small village of Långered, outside Alingsås.

The elderly couple, 69 year-old dairy farmer Torgny Antby and his 71-year-old wife Inger, were found dead after failing to turn up for their afternoon performance with the local choir.

The 69 year-old man died from repeated blows to the head with a hard object, while the 71 year-old woman was strangled.