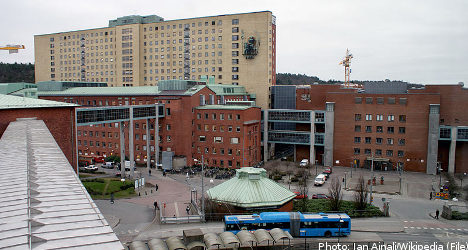 Doctors at the emergency room concluded that the patient needed to be brought to the respiratory medicine department for further care.

Despite repeated attempts from staff, however, no spot was secured until nine hours later, according to a reported filed with Sweden’s National Board of Health and Welfare (Socialstyrelsen) about the incident, which took place in April 2011.

Fifteen minutes after being brought to the respiratory medicine wing, the patient died.

According to Sahlgrenska University Hospital’s chief of medicine, the long wait was likely not the cause of death.

“The outcome would probably have been the same anyway. This patient was that severely ill. But that’s exactly why the patient shouldn’t have had to wait,” Tullberg told local newspaper Göteborgs-Posten (GP).

Sahlgrenska University Hospital’s own guidelines hold that a patient should have to wait no more than 90 minutes in the emergency room before seeing a doctor, and that the total time spent in the emergency room, before being sent home or taken in to another department, should not exceed five hours.