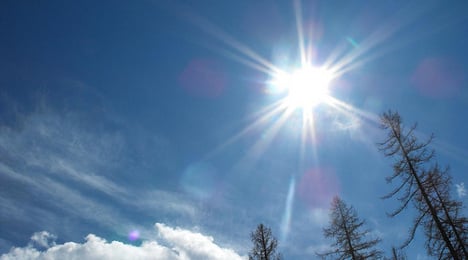 “The sun’s importance to us is made very clear,” researcher Helena Johansson told The Local.

Johansson and her team at Sahlgrenska Academy have charted 2,800 Swedish men for eight years.

The levels of the vitamin varied heavily over seasons, reaching a peak in mid-September, but from then on dipping lower and lower until May.

The study showed that mortality rates for men with the lowest vitamin D levels were twice as high as those with mid-range levels.

However, it’s unclear what the underlying cause is.

“We’ve just looked at death altogether, we haven’t looked at different causes of death. It’s hard to speculate what the cause is,” said Johansson.

Only men participated in this particular study.

Johansson was unwilling to speculate in the possibility that women might be equally affected by the lack of vitamin D caused by dark Swedish winters.

Despite the clear connection shown between a lack of vitamin D and increased mortality, it is still too soon to conclude that treatment with extra vitamin D would increase survival rates.

“In order to draw such a conclusion, we would have to do randomised studies in which certain groups receive supplements, and others don’t,” said Johansson, and pointed out that the effectiveness of such supplements has also been met with debate.

Vitamin D is formed from cholesterol in skin when exposed to sunlight.

In Sweden, the vitamin only forms for six months of the year.