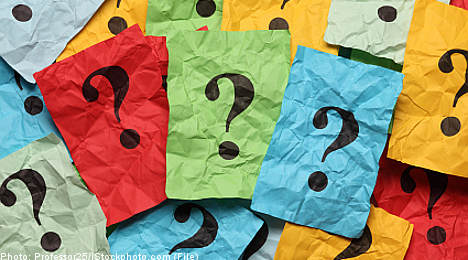 The Local recently listed some of the biggest stories in Sweden from 2011, as well as articles from the past year that proved the most popular among readers on Facebook.

The question remains, however: what will be the big news stories in Sweden in 2012?

Will some mystery buyer emerge to buy Saab and once again get the Swedish automaker’s Trollhättan plant rolling again?

What sort of mayhem might Sweden’s drunken elk cause in 2012?

Will Crown Princess Victoria give birth to a boy or a girl?

Or might Sweden decide once and for all to scrap the monarchy?

How will Sweden fair at the summer Olympic games in London, or at the Euro 2012 football tournament?

What Swedish innovation might take the world by storm?

How will Sweden’s economy fair in the next year?

Will finance minister Anders Borg cut off his pony tail?

Or might Social Democrat leader Håkan Juholt shave off his mustache?

Feel free to sound off below with your predictions for 2012, be they purely speculative and tongue in cheek, based on detailed analysis, or simply educated guesses about what may happen in 2012.