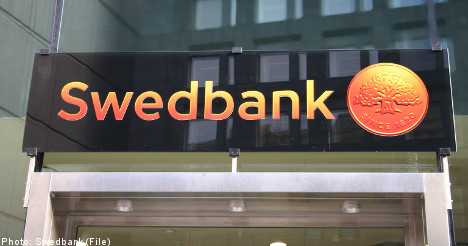 In a statement, the bank described the decision as a “goodwill write-down” of 1.91 billion kronor ($275 million).

“It is important to note that the write-down of goodwill has no impact on our view on Swedbanks operations in Latvia, which is one of the bank’s four home markets. Our commitment to and outlook for the Latvian operation has not changed,” Swedbank chief Michael Wolf said in the statement.

The write-down will be included in Swedbank’s 2011 results.

Swedbank is the largest bank in Latvia, holding around 20 percent of a market which has been dominated by Nordic players following the collapse of another local bank, Parex, in November 2008.

It holds assets of more than four billion Latvian lats ($7.3 billion) in the nation of 2.2 million people.

In December, it was hit by rumours about the stability its Latvian operation, sparking a panic that saw depositors queueing at cashpoints to withdraw their money.

Latvian police are still investigating the source of the rumours which, although dismissed as “absurd” by Swedbank, underscored ordinary people’s jitters in the wake of the Parex collapse and last November’s failure of another local player, Krajbanka, amid a fraud probe.

But its overheated economy went off the rails as the global crisis struck, shrinking by a quarter over 2008 and 2009 combined, sparking a draconian austerity drive.

An economic revival saw growth of at least 4.0 percent in 2011 although this is expected to slow to 2.5 percent this year.