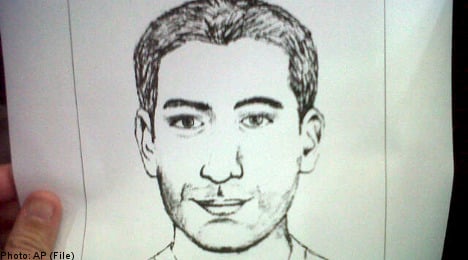 The Swedish foreign ministry is still working to ascertain the identity of the man.

According to reports in the Swedish and international press, the man is 47-year-old Hussein Atris, a former Lebanese-born barber who lived for many years in western Sweden before moving back to Lebanon seven years ago.

Atris , who has alleged ties to Hezbollah, was arrested in Thailand last week following a warning from United States about a threat against tourists in the kingdom.

According to the Swedish foreign ministry, he is the holder of a Swedish passport.

“A person with a Swedish passport has been arrested. We are trying to figure out who he is,” foreign ministry spokesman Andre Mkandawire told AFP on Saturday.

“We have received information to that effect but the embassy is trying to figure out if the information is correct,” he added.

Following a tip from Atris, Thai police on Monday morning carried out a raid at a warehouse where they discovered more than 4,000 kilogrammes of fertilizer and several litres of liquid ammonium nitrate at a warehouse, the Associated Press (AP) news agency reported, citing Thai media reports.

Citing anonymous sources, the AP reported that Atris told police he had rented the warehouse last year along with three other accomplices.

Later on Monday, Atris was charged with illegal possession of explosives material, the AP reported.

According to his wife, Atris was in Thailand on business at the time of his arrest.

Thailand’s Deputy Prime Minister Chalerm Yubamrung had told AFP by telephone Friday that the suspect detained on Thursday was from Lebanon.

“We already have one suspect in custody for interrogation at a government building in Bangkok. He is a Hezbollah from Lebanon,” he said.

A senior Thai intelligence officer who did not want to be named told AFP that the kingdom had been informed before the New Year by Israel of a possible threat.

Mkandawire said Swedish embassy officials were trying to work out the confusion.

“It could be that he has dual citizenship, or it may be that he is a Swede of foreign origin,” he explained.

Speaking with the Expressen newspaper, the wife of the 47-year-old terror suspect explained that, since moving back to Beruit, her husband had been trying to change careers from that of a barber to trading in “goods from Asia”.

“He’s travelled to Thailand several times previously and purchased goods which he then sold in Lebanon,” Rania Koubaisi, Atris’s wife, told the newspaper from her current home in Libya.

She denied suspicions that her husband was a terrorist.

“Why would he do something like this? I’m one hundred percent sure that this is a misunderstanding,” she told the newspaper.

As of Sunday, officials from the Swedish embassy had still not been able to meet with Atris, nor confirm his identity.

“The embassy in Bangkok has sent a request to the Thai foreign ministry asking for clarity in this person’s identity and nationality,” Mkandawire told the Aftonbladet newspaper.

A friend of Atris told Expressen the 47-year-old had returned to Sweden a few years ago to renew his Swedish passport and was surprised to hear that the amiable man who at one time ran a salon in Gothenburg was now suspected of involvement in a terrorist plot.

“I have no idea what he could have to do with this,” the friend told the newspaper.

“He had a lot of friends and was really friendly and nice. He stood up for all kinds of people.”