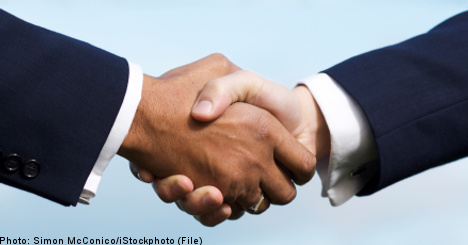 “The parties have now signed a global cross-licensing agreement and both parties have also agreed to drop all litigation,” said the statement.

In April, Ericsson filed lawsuits in Britain and Italy against ZTE for infringement of its patents on mobile phones.

The Swedish firm also filed a lawsuit in Germany regarding phones and infrastructure after saying it had tried unsuccessfully for several years to get the Chinese company to sign a license for its products.

ZTE, which in recent years has zoomed to join the ranks of the world’s top mobile phone manufacturers, responded within days with countersuits for allegedly breaching its Chinese patents on network technology.

The escalating legal dispute remained unresolved for the remainder of the year until the firms announced on Friday that they had buried their respective hatchets.

The Swedish firm expressed satisfaction over the agreement.

“Ericsson has the strongest patent portfolio in the industry with over 27,000 patents and any company which sells mobile devices or systems needs a licence from Ericsson,” said Kasim Alfalahi, Chief Intellectual Property Officer at Ericsson.

“We have signed more than 90 patent agreements with different vendors worldwide. Now we can add ZTE to this group,” he added.