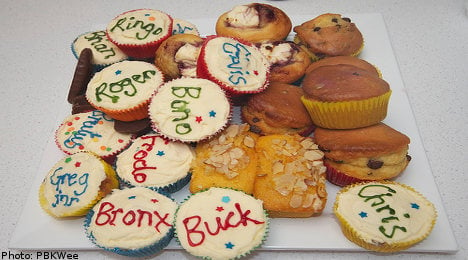 Alice and William dislodged Maja and Oscar into second and third place respectively, according to Statistics Sweden’s (SCB) annual compilation.

Alice was the name given to 985 girls in 2011 and while it has been among the top-ten list since 2005, this is only the second time it has claimed top spot.

Some 1035 boys were named William in 2011 which was also the year that the heir to the British throne William married his Kate Middleton. William has however been a popular choice, alongside Oscar and Lucas, for most of the past decade.

This year’s new popular name on the block is Minna. The name rocketed up the charts and was given to twice as many newborns in 2011, 311 girls, as in the previous year.

Sigrid was also high among the new arrivals among the 100 most popular girls’ names. Juni, Freja and Iris were also fast climbers. Victoria, Hilma and Ruth are among the other new names featuring on the list.

It was a dark year for Kajsa and Novalie however, two previous favourites that have dropped out of the top 100.

Among the names given to boys, Olle, Loke and Tage are the fastest climbers. Some 602 boys were named Olle in 2011, up from 464 in 2010. John and Julian meanwhile disappeared from the top 100 list.

Tilde, Mary, and Tilda and Theo, Alex and Tim were among the names suffering the most dramatic declines in popularity during the year.

NAMES
The ‘satanic’ name you can’t call your baby in Sweden
Url copied to clipboard!