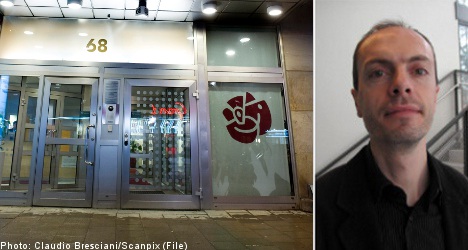 “The Social Democrats are deeply split over a number of issues and I would argue that these differences have been aggravated by the process by which the party has chosen its previous leaders,” Aylott told The Local.

This selection process is among the things that the executive committee has spent Monday debating behind closed doors.

Unlike many other political parties, the Social Democrats delegate the task of selecting a candidate to a selection committee (valberedning), which, after having conferred behind closed doors, often select only one candidate, which they present to the party members.

According to Aylott, this process is at the root of the party’s problems.

”In the most recent leader election, this system produced a candidate who was absolutely painfully unsuitable for the job. In the end everyone suffered because of this,” Aylott said.

When scandal upon scandal followed, it would have been much better for the party had Juholt resigned last autumn, according to Aylott.

The fact that he stayed on for as long as he did just meant that the agony was extended.

The question, according to Aylott, is whether the party will manage to turn this system around, to formulate a new and more open way of choosing their leader, closer to that of some of the other Swedish political parties.

This, he means is essential for the party to work out what it is they want, where they stand on a number of issues, and then go from there to elect the right candidate for the job.

The Swedish media is currently rife with speculation as to whom might be in the cards as the party’s next leader, while party spokespeople adamantly maintain that they are currently discussing the election process, rather than prospective candidates.

Many of those whose names are bandied about in the press have already said that they are not interested in the post as party leader.

But according to Aylott there is a tradition among the Social Democratic party to say no but accept anyway if ”the party calls”.

This doesn’t necessarily mean that many are jumping at the idea, however.

”It is a pretty unattractive position at the moment with the party struggling in the polls, it would be a herculean task for anybody,” Aylott said.

According to Aylott, a worst case scenario for the party would be if the executive committee are not able to resolve the power struggles within the party before initiating the selection process.

”If they just appoint someone to act as party leader I would suspect more trouble, because that person would not have the mandate to act on anything while the party is still undecided on where its going,” he said.

However, if the party manages to formulate their direction by holding an open selection process where candidates are able to make clear their stance and get elected on the back of this, the party may well find itself on track again.

”That person would then have a clear mandate to take the party where it wants to go,” Aylott told The Local.