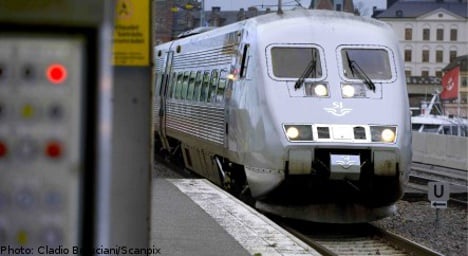 ”We have made the decision to close the investigation as it wasn’t possible to prove that the man had been a victim of discrimination,” said Anna-Lena Sjölund of DO to news site Nyheter24.

The man reported the incident, which occurred in May last year, to the watchdog not for pecuniary compensation but in order to get ”satisfaction”.

On his daily commute from his work in the capital, the 35-year-old man had been obliged to carry out some of his daily prayers.

To avoid disturbing fellow passengers, he made his way to a calm and secluded compartment – something he had done on several previous occasions.

”I started to pray but then the conductor arrived and shoved me three times in the back almost causing me to topple over. Then she said ‘Show me the ticket! Hey!’,” the man told Nyheter24 at the time.

The man refused to show his monthly rail pass to the female conductor at the time because he felt he couldn’t interrupt his prayers once he had started, but as soon as he finished he went looking for her to show his ticket.

However, the conductor refused to look at the pass and told the man that he would have to get off the train at the next stop.

The man reportedly tried to explain himself and said that he had never had any problems praying on the train before but the conductor was adamant that he would have to get off and said that if he refused she would telephone the police.

The man, who didn’t have anywhere to sleep that night if he didn’t get home, would not willingly leave the train and officers were waiting for the train at the following station, according to the news site.

The man managed to get back to Stockholm and to avoid having to roam the streets of the capital over night, he made his way to a mosque in Akalla.

The man later contacted the train services customer service department where they agreed that it was not acceptable and sent him a voucher worth 1,000 kronor ($152).

Despite the man’s story DO ruled that there is not enough evidence to prove that the train service has done anything wrong.

However, the story doesn’t end there because SJ has previously threatened to bar the 35-year-old from all their trains.

SJ spokesperson Dag Rosander told Nyheter24 that the company has never exacted that kind of penalty against a customer before and the man could therefore be the first to be barred from all SJ train services.