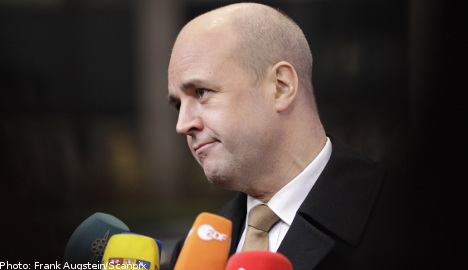 Fredrik Reinfeldt speaking to the press after the meeting in Brussels

”The attitude to shut the world out won’t create welfare and growth in Sweden, on the contrary,” said Fredrik Reinfeldt, stressing that unstable state finances in the eurozone aren’t good for Swedish exports.

Reinfeldt told news agency TT that all the demands that the the Swedish Riksdag had posed in order for the country to join the pact have been met, including allowing Sweden to participate in summit meetings for eurozone members

Out of the 27 member states only Britain and the Czech Republic didn’t announce their intent to participate on Monday.

”What the eurozone countries are going to do is what Sweden has done in the last 15 years,” Reinfeldt said.

He was also pleased that Sweden’s right to decide if the euro will be introduced should be clearly stated in the pact and that Sweden will be guaranteed the right to attend summit meetings of eurozone countries.

Apart form Sweden’s guaranteed summit participation, non-eurozone countries will also be allowed to join the discussion on competitiveness, on changes in the global structure of the eurozone, and on the fundamental regulations of the monetary union.

With these conditions met, Reinfeldt argued that all the demands made by the opposition in the Riksdag’s Committee on the European Union have been met.

”If I have a mandate from the EU Committee, then I must act upon it,” Reinfeldt told TT.

The so-called fiscal “compact” to tighten budgetary discipline and economic governance between the 17 eurozone nations is one of the main issues on the agenda when leaders of the 27-nation EU met in Brussels on Monday.

All EU states except Britain have agreed to consider signing the fiscal compact, the aim of which is to avoid a repeat of the debt crisis in the eurozone.

The pact is expected to be formally accepted at an EU summit on March 1 and 2. 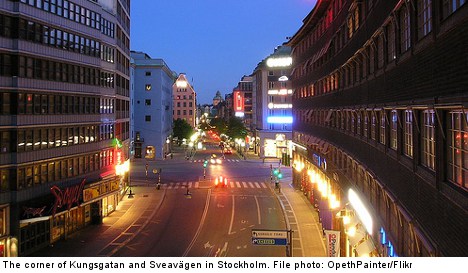 After 18 months of negative growth, the eurozone’s GDP grew by 0.3 percent in the second quarter of 2013, with mixed national results across the single currency area.

“This slightly more positive data is welcome, but there is no room for any complacency. Self-congratulatory statements suggesting ‘the crisis is over’ are not for today,” European Commissioner Olli Rehn said in a written statement.

“Today’s figures, when combined with other recent positive survey data, are encouraging and suggest the European economy is gradually gaining momentum.”

Swedish news agency TT noted that while the Stockholm Stock Exchange did head upwards following the news, the euro optimism had not infected all the European exchanges. 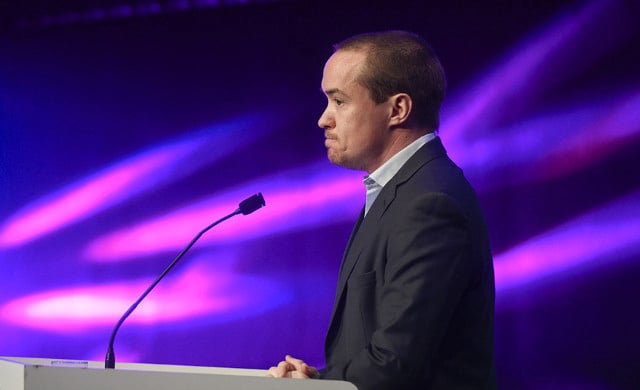 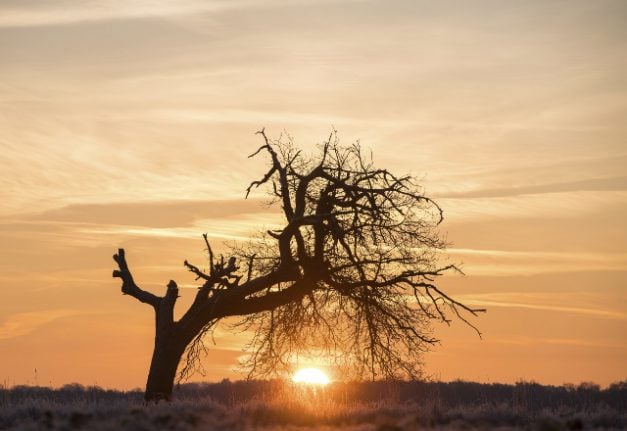