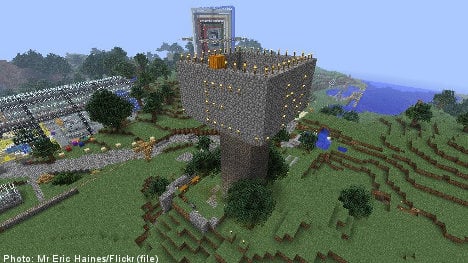 In a recently released version of the game, players were greeted by the prompt, “You are a NIGGER” when players switched their language setting to Afrikaans.

The head developer of Minecraft, Jens Bergensten, blamed “pranksters” for the mishap, who he claims have taken advantage of the openness of the interactive Minecraft community.

“Altogether, three of the languages on our site were vandalized,” Bergensten told The Local.

“Obviously we don’t understand all of the 60 or so languages we provide, so we depend on the community to help us translate everything. From these translations we get feedback, and it’s not always good.”

However, the users only have the power to translate the so called development “snapshots”, which are released every Thursday to give gamers a preview of changes to come.

Bergensten said the problem will be rectified by the next snapshot release on Thursday, and will never be included in the actual game.

“If no one finds any problems with the translations, then the content can be voluntarily downloaded by our users,” he said.

“However, when problems are discovered like these ones, we always have them fixed by the next week’s release.”

Minecraft has proven to be extremely popular since its release in November last year, with over 21 million registered players, and almost 5 million games sold.

It is an interactive challenge of 3D creativity and construction, and according to their website, the game is as simple as “placing blocks to build anything you can imagine.”