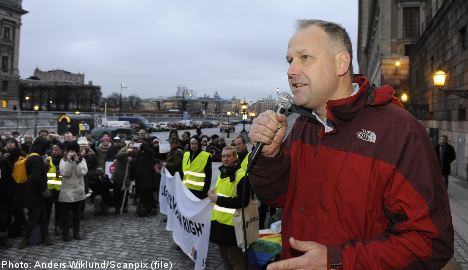 ”It was expected that he would attract voters in the beginning”, political commentator Stig-Björn Ljunggren, told Expressen.

”I am not so surprised, but the question is how he should keep it. This comes at a time when the Social Democrats were not so competitive,” he added.

It is likely that new social Democrat leader Stefan Löfven will see a short term rise in the opinion polls. but whether this will be a longer term trend or if the two red-green parties merely continue to take votes from each other rather than away from the reigning moderates remains to be seen.

Although Sjöstedt himself has so far declined to comment, his parliamentary colleague Hans Linde was delighted.

”Nobody could have expected this great success. The fact that we are progressing and also that the distance between the Alliance and the red-green coalition is decreasing, is very positive,” said Linde.

The gap between the two blocks has decreased from 3.8 percent one month ago to a current 1.1 percent.