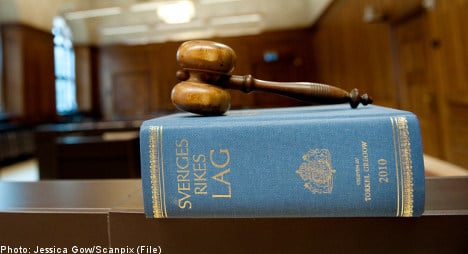 “It is very important aspect of the legal process that the person trying the district court decision is present,” said the prosecuting counsel Margareta Esplund to broadcaster TV4.

The judge meanwhile rejected the assertion that he had taken the chance to grab forty winks during the course of court proceedings but accepted that he would be no longer able to preside over the case.

Margareta Esplund however explained to TV4 that the body of evidence based on what she had witnessed in court indicated the contrary.

“Normally when a person falls asleep there are certain indications of this – you start by closing your eyes and then the head falls forward… followed by jerking movements as you pull yourself together.”

Esplund continued to add that “you can never be entirely certain” if someone has fallen asleep but emphasised that in this instance all the indications are that this was the case.

The judge explained his decision to rule himself out of the retrial in that the situation had left him with a conflict of interest.