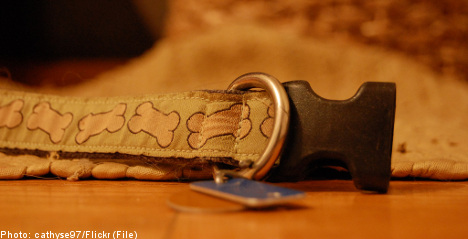 Police and animal protection officials arrived at an address in Gävle after receiving a report about a dog who was bleeding profusely, the local Arbetarbladet newspaper reported.

“The owner has obviously tried to remove some sort of shallow, tumour-like growth,” county veterinarian Lars Bondeson told the paper.

According to Bondesson, the wound hadn’t been properly sutured.

The dog was placed in the care of county veterinarians while authorities attempted to get in touch with the owner, who is expected to be charged with animal cruelty.

“I’ve never heard of an pet owner who performed surgery on a dog by themselves before, but lots of strange things can happen,” said Bondeson.

After the dog’s wounds were documented and its condition assessed, veterinarians ultimately decided to put down the animal on Tuesday afternoon.

The wound had been infected and would have required several operations to remedy.

“From an animal protection standpoint, it was the best we could do in this situation,” said Bondeson.

“It’s upsetting that people can do such things and just start cutting their animals. I’ve seen a lot, but never anything like this.”