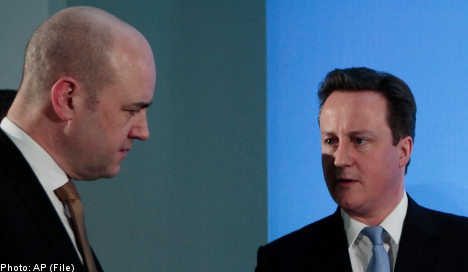 ”Some parts of Europe are dealing with more severe crisis measures, but we have some scope to discuss growth,” said prime minister Fredrik Reinfeldt at a press conference before the meeting.

In an opinion piece published in the daily Dagens Nyheter (DN) on Monday the participating leaders said that it is rare for them to get an opportunity to look ahead and focus on the future amidst all the more immediate concerns.

”We rarely get a chance to discuss how we can prepare our societies for other challenges, like what long term policies we should implement today to guarantee jobs, welfare and a sustainable growth for our children and grandchildren,” the leaders wrote.

During the summit the participants will discuss how to encourage female entrepreneurship as well as the future challenges of an ageing population. The heads of government from Finland, Iceland, Norway, Denmark, Britain as well as Estonia, Latvia and Lithuania will all be present at the meetings.

The Forum will start on Wednesday evening with dinners at the government buildings at Rosenbad and at the prime minister’s residence Sagerska huset.

On Thursday’s the visitors will participate in talks with invited experts, company heads and heads of government, 70 percent of whom are women, according to Reinfeldt.

He will bring with him a delegation of women, including the former CEO for gaming giant Svenska Spel, Meg Tivéus, the fashion designer and company head Gudrun Sjödén and the Google Sweden head Stina Honkaama.

To Reinfeldt it is the sharing of ideas and thoughts that is the main aim of the meeting.

”It is the forum in itself that will be the result, not texts that are written after,” said Reinfeldt.

According to secretary of state Per Schlingmann, the meeting from last year in London was a great success, with insights gained on green economy and paper recycling. 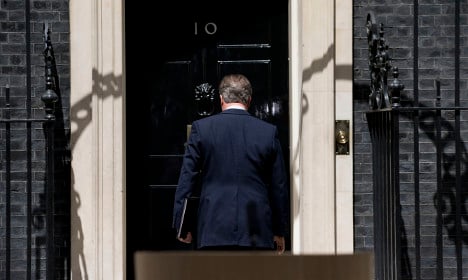 EUROPEAN UNION
‘The EU must not become Britain’s hostage’
Url copied to clipboard!