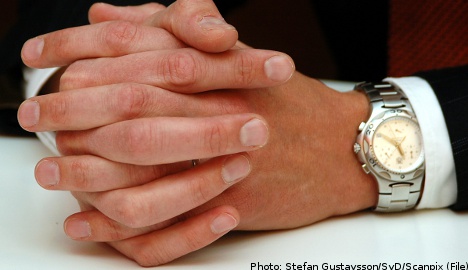 Old-fashioned search processes in which recruiters fail to make enough effort to find suitable women for the position is listed as one main reason for the continuing imbalance.

Other explanations include few women in male-dominated industries and companies who don’t demand that the recruitment companies find candidates of both sexes.

“Twenty years ago that distribution would have been 85 percent men and 15 percent women, so it’s a positive development over time,” said Svein Ruud, CEO of Amrop, to SvD.

Håkan Ekström, CEO of Odger Berndtson, a recruitment company with similar distribution figures, agrees that change is ongoing, albeit slow.

However, he highlights the responsibility that recruitment companies have in finding more women.

“We can actively search for women, take extra references and listen to what’s being said in the candidate spheres and among our sources. We always go the extra mile to find women,” he said to SvD.

However, old patterns and traditional values among the hiring companies may also be responsible for the slow change.

“Among the candidates there’s always a larger percentage of women than the percentage hired. In the end, the companies choose who they want to proceed with,” said Carina Nordgren, partner at Heidrick & Struggle, to SvD.

Michaël Berglund is a recruitment company working actively to reach a more even distribution of the sexes.

“There’s loads to be done. One demand I always have is that there has to be at least one woman among the final candidates, and vice versa in female-dominated trades. I don’t buy that there are companies without a single woman in management, that the company can’t find anyone competent,” said CEO Michaëla Blomquist to SvD.

At Michaël Berglund women accounted for 40 percent of the new recruitments last year.

Michaëla Blomquist, however, won’t be satisfied until that figure is 50-50.