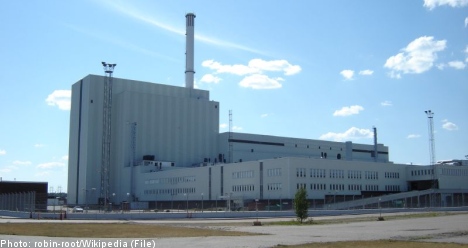 “The most important thing for Sweden is that businesses and households in our country get a message about long-term energy policy that doesn’t change along with the majority in parliament,” Löfven told Sveriges Radio (SR).

During his time as head of the IF Metall union, Löfven was known as a strong advocate of nuclear power both because of its benefits for the climate but also because of how many of union member jobs were tied to the power industry or power-hungry industries that stood to benefit from lower energy costs.

However, the Social Democrats have previously decided that Sweden should phase out its nuclear power, distancing itself from a government compromise which calls for aging nuclear reactors to be replaced by new ones.

But now Löfven has said he won’t rule out an energy policy agreement with the government that includes new reactors, something which prime minister Fredrik Reinfeldt has said was a precondition to energy policy talks with the Social Democrats.

While Löfven emphasized he’s not prepared to agree with Reinfeldt’s conditions per se, he is willing to engage in open and free discussions with the prime minister about Sweden’s energy policy.

“If the prime minister gets in touch, we will sit down and talk,” said Löfven told SR.