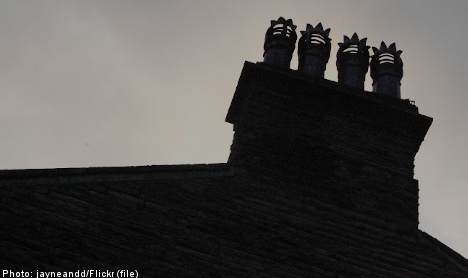 ‘Negro Village’ (Negerby) was initially christened by locals after a trend in the village’s infrastructure.

“It all started over 40 years ago,” said Lars-Göran Björklund, CEO of Sölvesborgshem, the housing company which manages the area.

“Some 14 or 15 houses were built with black chimneys, and the townspeople decided to call the town Negerby. There was no harm in that word at the time, and there were no problems with the town name,” he told The Local.

While ‘Negro Village’ never became the official name of the suburb, the expression stuck in local parlance, and it was 40 years before anyone decided to take action.

“It wasn’t until a journalist came to town a while back and made a big deal about it that people got upset. Now we have discussed it and have decided not to use the name at all anymore.”

The company is now using the temporary title of Slottsstaden (‘Castle City’) while discussions are underway to find something better.

“The chairman has suggested that we hold a competition to find a new name for the area, which hopefully will happen soon,” Björklund said.

In September 2009, a neighbourhood in Karlstad, southern Sweden, was forced to be renamed from Negern (‘The Negro’) after a public outcry.