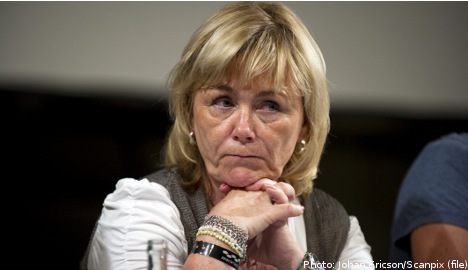 Four years ago, the government’s plan for anti-terrorism stated that the risk of attack was ‘relatively low’. In the new plan, the government highlights the goals and starting points for Sweden’s counter-terror approach.

According to the paper, a possible approach in the prevention of terror could be making it easier to share information between the Swedish Security Service (Säpo), the Swedish Military Intelligence and Security Service (Must), and the National Defence Radio Establishment (FRA), currently constrained by confidentiality regulations in terms of handling personal data.

These three authorities have urged the government to revise laws to allow Sweden to have a greater chance of responding to threats.

In the strategy, the government stated that they are willing to “remove the obstacles to an efficient and modern inter-agency cooperation” according to TT news agency.

However, the proposal to allow revocation of a Swedish citizenship for those who withhold terror connections are not included in the new strategy.

“It seems impossible to get this through politically,” Ask told SVD.