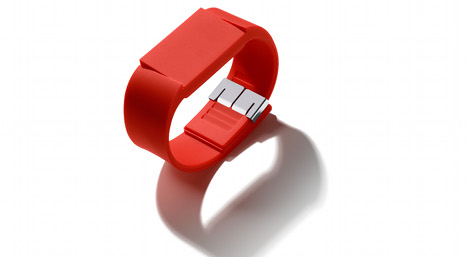 What was the inspiration behind Mutewatch?

A couple of years ago, a huge issue in the founder Mai-Li’s life was that she would disturb her late night working boyfriend every single morning. He would wake up from the sound of her morning alarm, tired and angry, hit the snooze button, and she would oversleep.

The solution? A silent, vibrating alarm clock worn around the wrist! This idea of a vibrating wristband was the first concept behind Mutewatch.

The Mutewatch also features a built-in motion sensor. High levels of movement trigger an increase in the intensity of the vibrating alarm and a simple flick of your wrist activates the glowing display. So, whether you’re sleeping, on stage giving a presentation or doing your work out, the Mutewatch will keep you updated on your next step.

What’s the nicest thing a customer has ever said about Mutewatch?

I can’t even begin to try to describe the excitement I (and the rest of the team!) felt when reading what is said about our product in CNETs brief interview with Steve Wozniak:

“I have a Mutewatch, which is almost undetectable as a watch. It looks like a blank gray rubber strap around my wrist. One end of the strap has a USB connection for charging. You flip your wrist or tap the watch to have some segments light up white. It’s a masterpiece of combining materials in ways I’ve never before seen. Very creative and unique. It has alarms and timers and all. You swipe your finger, gesture style, on the display to set it up and control it.”

If Mutewatch was a colour, what would it be and why?

A mixture between Charcoal Grey, Poppy Red and Pure White – the colors of Mutewatch!

If I visit you office or email you will your staff be able to speak with me in English?

Yes, of course! We work with retailers and manufacturers all over the world. Even though Mutewatch is a Swedish company, we are part of an international network where English is the main language.