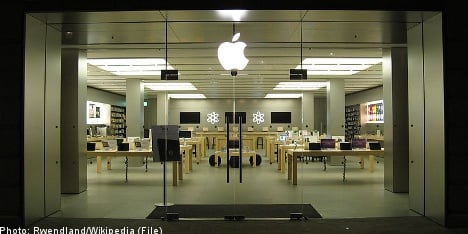 Among other vacancies, the job advertisers are interested in filling the position of resident Genius to man the “Genius bar” a trademark section of all Apple Stores that are commonly recognized as the heart of the store. However, the criteria for the position are strict.

“You will be fascinated by how things work and the reason they sometimes don’t. You change your computer settings now and then just for the fun of it,” reads the ad.

“As a child you were the type who took things apart just to put them together again (correctly). Does this sound like you? Then you can pass as a Genius here”.

The ad states that the job entails much more than just fixing things, and customer service, tech advise and timely repairs are all mentioned in the job description.

The new store is set to open in Audi’s old offices at Hamngatan in Stockholm, according to the Expressen newspaper.

The new company “Apple Retail Sweden AB” was registered via the Swedish Company Registration Office (Bolagsverket) on Stureplan in Stockholm, in November.

Other positions available include working with the Expert Team, Creative Team, Engineers, and specialists, and applications can be made through Apple’s website.

The first Apple Store opened in 2001 in Virginia in the United States, and opened its first outlet in Europe in Regent Street, London.

There are currently more than 350 Apple Stores worldwide.