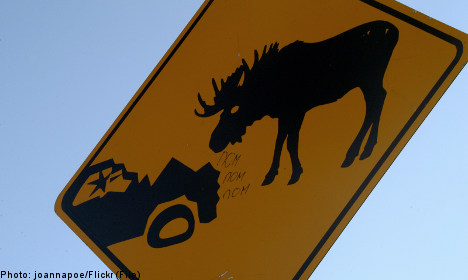 Winged intruder doesn’t give a hoot for tidiness

A worried family in Kristevik, western Sweden, called the police after arriving home to find their home in disarray, believing they had been burgled. Police arrived shortly after to discover an “owl-like bird” had been responsible for the damage.

“It was huge,” said Mattias Almström of the Uddevalla police to Götenberg Posten (GP) newspaper.

The trespassing bird was eventually caught and released and is believed to have entered through the chimney. Nothing was reported stolen, however, and the bird is not suspected of any crimes.

The Gothenburg to Malmö train line will be cancelled from April 10th due to low demand, national rail operator SJ announced this week.

“We regret this change in traffic and the potential negative consequences for travellers,” SJ’s Jan Olson said in a statement, recommending travellers use the West Coast Line Västkustbanan instead.

The rhinoceros that normally greets visitors at a Malmö museum has been moved due to fears it may be targeted by thieves.

As everybody “nose”, rhino horns can fetch a hefty price on the black market and thieves have been ransacking museums around Europe in recent months.

It is alleged that powdered rhino horns make a potent “male-enhancement” drug.

Museum curator Catherine Lingehag-Ekholm is concerned about the rhino’s safety, and wouldn’t even tell the Metro newspaper where it was being kept.

A woman in northern Sweden called the police after her car was attacked by an elk on Tuesday evening.

She claimed that the creature ran into the stationary vehicle and gave it a good hooving, the Norrländska Socialdemokraten newspaper (NSD) reported.

The side mirror was damaged and the car was dented. No further attacks have been reported, however, and no elks have been apprehended – yet.

Did you know…the previous Swedish Queen?

If you’ve been living under a rock (or perhaps in a snowed-in car in Umeå), you may not have heard that Crown Princess Victoria gave birth to Princess Estelle on Thursday.

But did you know that Ulrika Eleonora was the last Swedish Queen and she only ruled for one year until 1720?

Queen Ulrika also had a keen interest in jewellery, music, coins, and religion. When someone offended her royal pride, she was known to feign sickness and lock herself away in her bedroom. A drama queen too, some might say.

A winner has been announced for a contest to determine who will reside in Sweden’s smallest student flat.

At only 8.8 metres square though, the tiny home doesn’t leave much room for housewarming parties.

Madeleine Forsberg, 21, will move into the Lund flat on March 1st, and told Sydsvenskan newspaper that her only concern is finding space to store her extensive shoe collection.

However, she is reported to be thrilled at the chance for a little carrot cultivating, as the flat comes equipped with a garden plot.

Read more about the apartment here