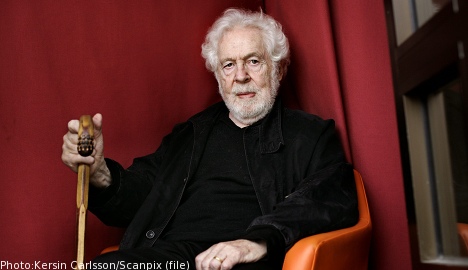 He was perhaps best known for his roles in Ingmar Bergman’s Scenes from a Marriage (Scener ur ett äktenskap), in which he played against Norwegian actress Liv Ullman.

Josephson acted in several other Ingmar Bergman films, among others Hour of the Wolf (Vargtimmen) and Fanny and Alexander.

“Very many in the cultural sphere have done a lot with Erland, for decades, and many are shocked and grieved by this,” Dramaten’s dramaturgical head Magnus Florin, told newspaper Dagens Nyheter (DN).

Ingvar Kjellson worked together with Josephson at Dramaten for several years, and was saddened by the news.

“We’ve worked so much together. He was a wonderful human being, one of the most brilliant people I’ve met. He was intelligent, funny, and incredibly talented,” Kjellson said to DN.

Josephson also worked internationally, and participated in Andrej Tarkovskij’s Nostalghia and The Sacrifice, filmed on the Swedish island of Gotland in the Baltic.

For his acting he was twice awarded a Guldbagge Award from the Swedish Film Institute.