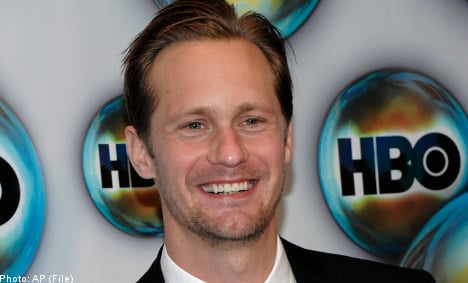 The Swedish capital nabbed the number one spot in a ranking of the best looking men by city “presented entirely by a woman’s perspective” by Travelers Digest, an online travel directory.

“On the plus side, they are also generally considered aesthetically pleasing due to their fine-boned Nordic attributes and exceptional height advantage.”

The description may come as no surprise to the average Swede (or indeed, the average “Viking victim” transplant), as Swedish studs have made the world’s mouth water at least since tennis star Björn Borg graced the courts in the early 1970s.

Currently, Swedish actor Alexander Skarsgård may be the reigning Swedish hunk supreme, although 25-year-old pop star Måns Zelmerlöv has also been known to set hearts aflutter, even if he may not be as well known outside of Sweden.

Other Swedish hotties of note include footballer and underwear model Fredrik Ljungberg, and perhaps actor Mikael Persbrandt, set to appear in the upcoming Hobbit movies.

According to Travelers’ Digest, the typical Stockholm-hunk is an “impeccably-dressed clotheshorse” who likes to indulge in the finer things from “food to fashion, culture to hearth”.

The article also delves into how to go about snagging a Stockholm man for oneself.

“Despite the fact that one must practice patience when engaging in the slightly bizarre ritual known as the Swedish courting process, once you have captured the heart and imagination of your elegant gent he will be devoted to you for life,” the article reads.

“What’s more irresistible than that?”

Other cities included in the ranking were Lisbon, Buenos Aires, and Sydney, while Madrid, Berlin, Milan, Tel Aviv rounded out the top ten.