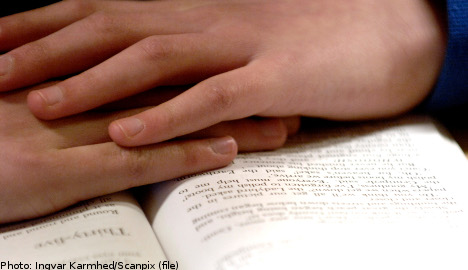 The study from Gothenburg university, shows that in the 9-14 year age group, 75 percent of kids surveyed preferred to give their time to TV, radio, recorded music and reading normal books – instead of the internet.

While social networking sites such as Facebook continue to soar in popularity worldwide, the study shows a trend of younger people to keep a distance from the net.

In the 15-24 age group, the percentage of people who did not list the internet as a media preference stood at 60.

By the age of 30, however, non-fiction and educational book reading was diminishing, as was the usage of TV and radio.

The younger generation meanwhile are mostly attracted to the net for music, videos and social networking, the study showed.

The study also showed that the 9-24 year age group was not big users of tablet computers and e-books, whereas the use of smartphones in this group has multiplied in just a couple of years.

Internet has been described as a complement rather than a competitor to older media outlets, and the situation was compared to the introduction of television in the 1950’s.