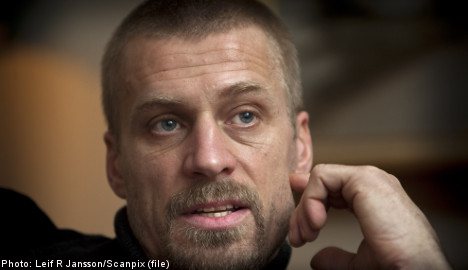 “It feels obviously really fun to be part of Skyfall. The Bond films are enormous productions with some of the academy’s biggest talents both in front and behind the camera, which it’s fantastic to be a part of,” Hultén said in a statement, after having spent several weeks on set in London.

Hultén is known in Sweden for the SVT drama series “Graven” and the following “Morden”, as well as his part in “Kommisarie Winter”. He is also known for his role as the gangster Seth Rydell in the Johan Falk films.

It is reported that Hultén shall act as an accomplice to Javier Bardem in Skyfall, and will star Daniel Craig as the British secret agent for the third consecutive time.

It was announced in November that Swedish actor Ola Rapace had landed a role in the film too, which will be released in Sweden on October 26th.

Swedish actress Mary Stävin also had small parts in “Octopussy” and “A View to a Kill” (1985).