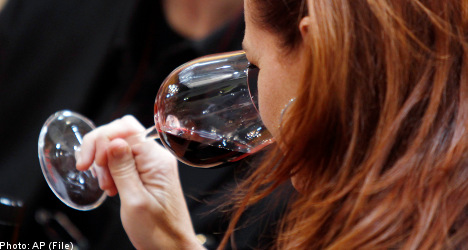 “We want to meet the people who we don’t otherwise meet,” said Pastor Rickard Grügiel to Svergies Television (SVT).

“We have no special events for people in their forties and so we thought that it was a good opportunity in the church to meet them and show that we are just like everyone else,” he said.

The church, in the city of Växjö in southern Sweden, has been steadily losing members, not an unusual development for the Church of Sweden over the past few years, with a nationwide loss of 5,000 members annually, according to the paper.

While the wine-tasting has been advertised as a harmless attempt to get people socializing, some members have complained that the Öjaby church has taken things one step too far.

“I think it’s sad that the Swedish church embraces the idea that people need to have a glass in their hand to be able to socialize with one another,” said Lars Larsson, member of the Swedish church and Swedish temperance organization IOGT-NTO.

“It’s a bad idea and I don’t think this should it will lead to good things for the member acquisition process,” he said.