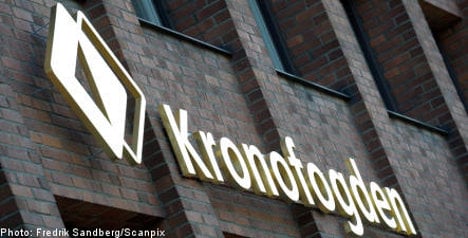 In one incident, agents from the Swedish Enforcement Administration (Kronofogden) forced their way into a storage facility but ended up taking the wrong person’s things.

The first case involved a woman in Örkelljunga in southern Sweden who had swapped storage spaces with a neighbour who then moved away.

But what Aida Gazic, 30, didn’t know was that her neighbour had sizeable debts and was targeted by the debt collection agency for repossession.

One day, she came home to find a truck outside her building and discovered soon thereafter that her storage locker had been emptied.

“It was my stuff that I had in my former neighbour’s storage space. I had my children’s new scooters, Christmas decorations, an old computer and VCR and even a kiddie pool belonging to my friend,” Gazic told the local Helsingborg Dagblad newspaper.

Now she wants her things back, but the agency has told her told her to get in touch with her former neighbour.

“They want me to get proof from her that the stuff really is mine,” she told the paper.

In a second incident, which took place just two weeks ago, the wrong possessions disappeared from Gun Persson’s storage facility in Valbo in eastern Sweden.

Clothes, shoes, collectible model cars, a number of other valuables were lost when the locker was emptied by debt collection agents by mistake and her possessions sent off to be recycled.

As it turns out, the debt collectors were supposed to have emptied the storage locker belonging to Persson’s neighbour, who had been evicted.

As the agency had requested help from the landlord, who in turn hired a contractor, it remains unclear exactly where the mix-up occured.