Royal watchers in Sweden have been anxiously awaiting news about when Sweden’s newest princess, Estelle, would be baptized ever since her February 23rd birth.

But despite the Royal Court hopes of releasing date in a coordinated, organized fashion, a local politician from central Sweden may have accidentally spilled the beans about the upcoming royal baptism

At the centre of the premature release is Maria Norrfalk, County Governor of Dalarna in central Sweden, who announced she was canceling a visit to a local business scheduled for May 16th.

Her stated reason for leaving the company in the lurch: she was going to be attending the baptism of Estelle, the local Sveriges Television (SVT) affiliate in Gävledala reported on Monday.

When confronted with questions as to whether May 16th, the day before the Ascension Day national holiday in Sweden, was in fact the planned date for Estelle’s baptism, the Royal Court remained mum.

“We have no official date for the princess’s baptism,” said Royal Court spokesperson Annika Jeppson to SVT.

“The baptism information will be available on the Royal Court’s website soon”.

According to Norrfalk’s RSVP, it appears that Estelle will be christened on Wednesday, May 16th in the Royal Chapel, located with in the Royal Palace in Stockholm.

If this is indeed the case, the princess will be 12 weeks old when she is christened, almost exactly the same age as Crown Princess Victoria was when she was baptized in September 1977.

The princess, whose full name is Estelle Silvia Ewa Mary, Duchess of Östergötland, will be christened by Archbishop Anders Wejryd, according to SVT.

“I can say that it’s wrong. This was a preliminary date, but there isn’t going to be any baptism that day,” he told the Expressen newspaper.

“And I still can’t say when it is because not everything has fallen into place.”

According to Expressen, part of the confusion about the date of the baptism stemmed from a recent meeting of county governors where they received information about preliminary dates for the event.

“We received information about being invited and that it would take place in May,” Örebro County Governor Rosemarie Frebran told the newspaper.

According to Ternert, the date will be revealed once everything has been confirmed.

“It’s not something we’re going to try to keep secret,” he said. 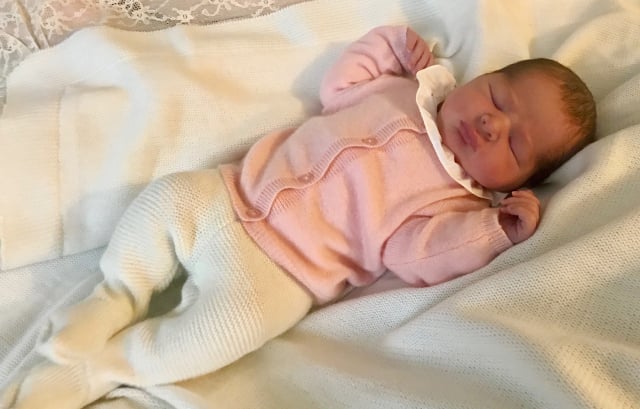