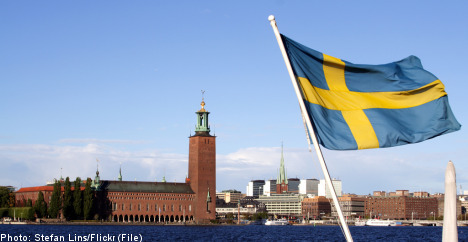 Back in 2009, the Swedish tourism industry expected turnover from tourists to Sweden would double to 500 billion kronor ($74.4 billion) by 2020.

However, lackluster spending by foreign tourists has forced the Swedish Travel and Tourism Industry (RTS) to lower their expectations to 451 billion.

“It’s the foreign tourism that’s not growing at the speed we anticipated,” said Jan Lundin of the RTS to Dagens Industi newspaper (DI).

“Swedish tourism continues to grow, however”.

In fact, tourism in Sweden is continuing to grow as an overall trend, and experts insist that there is no crisis, as tourism statistics in Sweden have never been higher.

It’s just that expectations have not been met.

With a growth rate expected of 6.4 percent per year, analysists reasoned that a 515 billion kronor turn over could be expected in 2020, but last year’s growth of only 3 percent suggests this will be unlikely.

For the predicted doubling of tourist sales by 2020, the yearly percentage increase would need to rise to seven percent each year for the next eight years.

In concrete figures, this means an increase of 25 billion kronor a year, RTS wrote in a statement.

“The industry has set high goals, and this generates creativity. We cannot act alone here, and it’s time join hands with convention, culture and sports industry,” said Lundin in a statement.

“Together, we can create more reasons to travel here, to take part in community building, and to contribute to the development of the regions that don’t only attract more visitors, but even become attractive places to live and work.”