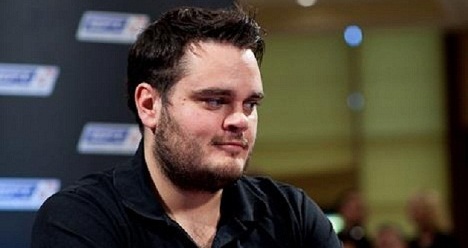 Last year, Madrid hosted the EPT Grand Final, but this year the Spanish capital was demoted to staging a regular €5,000 buy-in event on the tour.

The tournament, which finished this weekend, attracted 477 players, creating a total prize pool €2,313,450. 72 players made the money, but none of them were Swedish. Last year, six Swedes made the money in Madrid, including Thomas Pettersson who finished in 9th place, just outside the final table.

Madrid was a big disappointment this year for Sweden, but the EPT success continues for Denmark. Frederik Jensen won the tournament, claiming a second EPT title in a row for Denmark, following Mickey Petersen victory in Copenhagen a couple of weeks ago.

Jensen defeated Fraser MacIntyre from Scotland heads-up and received €495 000 in prize money plus a Shamballa Jewels bracelet valued at more than €10,000.

The payout structure originally called for a €545k first-place prize but when action got three-handed, the remaining players struck a deal. The agreement guaranteed Frederik Jensen €395,000, Andrei Stoenescu from Romania €330,000, Fraser MacIntyre €290,000, and left €100 000 to play for.