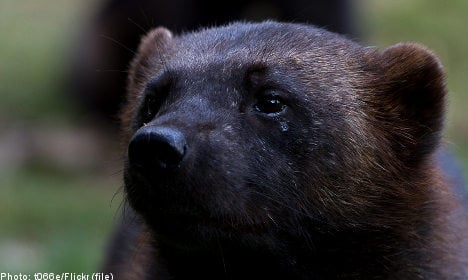 “This would have been extremely painful for the wolverine,” said prosecutor Christer B Jarlås to the Aftonbladet newspaper.

The men, both aged 30, were snowmobiling in April 2010 at Arjeplogsfjällen, northern Sweden, when they decided to attack the wolverine.

It is alleged that they ran over the animal five times, crushing its skull and killing it, before dumping the body in a pond 12 kilometres away. Preliminary investigations led experts to believe the hunt may have even lasted several days.

While the men initially denied the charges, an investigation showed that the tracks in the snow were extremely clear, and showed the exact course the vehicle took, twisting and looping in efforts to hit the animal.

Wolverine hair and blood were found buried in the snow, and even though the animal’s fur was also found on the snowmobile, the men continued to deny the charges. They did however acknowledge that they had been in the area at the time.

Jarlås argued that the crime is deserving of two years in prison for the two men, as the cruelty was especially brutal.

The verdict will be delivered in two weeks.