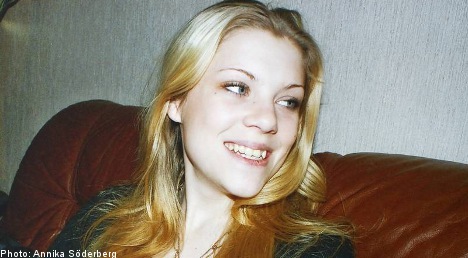 Söderberg died in her home in Timrå in the early hours of January 20th, 2011 shortly after having placed her third and final call to emergency services begging them to send an ambulance.

In previous calls, the first of which was placed several days before she died, Söderberg complained of chest pains and having trouble breathing.

But each time she called, operators at the SOS Alarm emergency services followed procedures by connecting her to nurses with the health advisory services provided by the health authorities in Västernorrland County.

In September, Söderberg’s mother Annika reported the incident to Sweden’s National Board of Health and Welfare (Socialstyrelsen) after reading transcripts from her daughter’s calls to SOS Alarm.

But the operator’s response came as a shock to Jill’s mother.

“The operator considered her to still be communicating verbally and decided that she didn’t need an ambulance,” Annika told The Local at the time she filed her complaint.

In a meeting with SOS Alarm, Jill’s mother asked them to explain how it was possible to deny someone an ambulance simply because that person was talking.

“How could you even call for an ambulance in the first place?” she recalled asking them asked.

“No one could answer that one.”

Last week the health board concluded its investigation into Jill’s death and issued a final report which slammed the way her case was handled, especially for the decision to not send an ambulance following her second or third phone calls.

“The woman clearly asked for help on three occasions and wanted an ambulance to be sent straight away in the third call. Based on what is included in the taped telephone calls to SOS Alarm, the National Board of Health and Welfare finds it remarkable that the woman’s suffering was ignored on the second and third calls and that the option of sending an on-duty primary care physician or a duty nurse to the woman’s home wasn’t utilized because the instructions were lacking,” the health board wrote in its report.

The agency also criticized local health authorities for deficiencies found in Jill’s chart as well as a failure to ask relevant questions regarding her condition based on the symptoms Jill described.

The agency’s Andrea Blömer, who co-authored the final report, was also stunned that Jill’s calls were ignored.

“Health advisory services interpreted things as if she had some sort of stomach bug or other influensa and recommended that she visit a clinic the next day. But in the call it shows that she was gasping for air, had slurred speech and chest pains. That’s a strong indication that an ambulance should have been sent in the first instance. It’s remarkable that she didn’t get any help,” Blömer told the TT news agency.

While the Västernorrland County was criticized in the report, no fault was found with the actions of emergency services operator SOS Alarm because the company had an agreement with local health authorities requiring that operators connect calls to local health experts with “higher medical competence” when they were unsure how to proceed.

SOS Alarm has similar arrangements in many places across the country, something which some experts fear can put patient safety at risk by involving too many parties in making a quick medical decision.

“Patients have called SOS Alarm which has redirected the call to health advisory services which have then directed them to local clinics where no one answers so people have to call back. It can take time and the patient suffers,” health board inspector Maria Carlund told TT.

Speaking with the local Dagbladet newspaper, Jill’s mother Annika said the past twelve months have been “a terrible year”.

“Her dad and her brother found her dead in her apartment. It’s been a terrible year – all the holidays and her birthday,” she said. 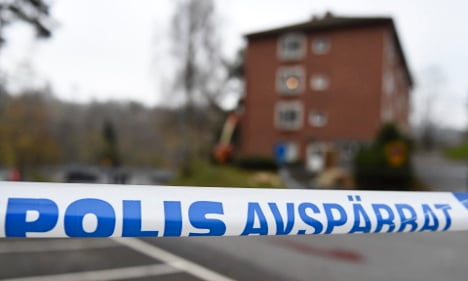