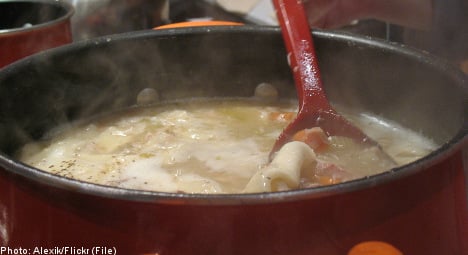 According to the charge sheet, the man had asked one of the girls if she wanted to get a hotel room with him and another woman, reported the local Borås Tidning newspaper (BT).

He also allegedly made remarks about the size of one girl’s bosom.

The man reportedly also told several students that the sauce served in the school canteen contained semen, according to the paper.

The inappropriate conduct is said to have taken place over the course of two years.

The eight girls, ranging in age from 13- to 16-years-old, finally had enough of the man’s lewd remarks and decided to report him to police, according to the paper.

The prosecutor, Daniel Edsbagge, said that the offence was particularly serious considering the number of girls affected by the man’s inappropriate behaviour and that it took place in the girls’ school.

“A place where they should be able to feel safe,” Edsbagge told BT.

The man denies all allegations against him, according to the paper.