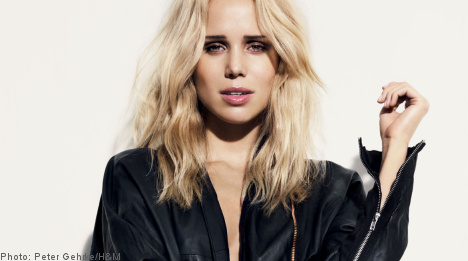 For the December-February quarter, H&M posted a net profit of 2.74 billion kronor ($412 million), up slightly from the 2.62 billion kronor posted for the same quarter a year earlier but falling short of the 2.99 billion analysts polled by the Dow Jones Newswires had expected to see.

Sales meanwhile grew by more than 13 percent to 27.83 billion kronor in the quarter, but the company’s gross margin shrank to 55.8 percent from 57. 8 percent a year earlier.

Following the news, the Swedish retailer saw its share price fall 5.43 percent to 237 kronor a pop in early trading on a Stockholm stock exchange down 0.70 percent.

He said the higher purchasing costs were partly due to rising prices for cotton, as well as “long-term investments aimed at broadening our total offering.”

Among the projects in progress, he said, was the launch of “a completely new store chain” in 2013, which like the company’s mid-range COS brand “will be independent and complement the other offerings from the group.”

H&M said its sales during the first quarter had been strong in most markets, and especially in large markets like the United States, Britain, Germany and France, but acknowledged that sales had been weaker in Switzerland, Japan and Greece.

“Many countries are still in a challenging macro-economic situation, with restrained consumption,” it explained.

The company meanwhile said its target of increasing its number of stores by 10-15 percent per year remained intact, pointing out that it during the 2011/2012 financial year aimed to open 275 new stores, bringing the total to nearly 2,500, with more than 94,000 employees worldwide.

It also said it this year would enter five entirely new markets: Bulgaria, Latvia, Malaysia, Mexico and, via franchise, Thailand.