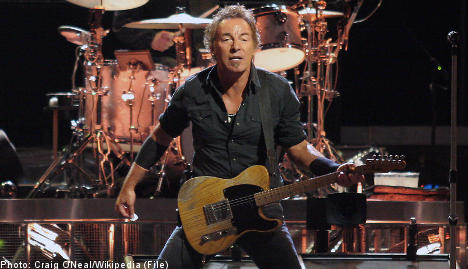 Many of the April Fool’s gags in the Swedish media this year held an air of menace about them.

Uppsala Nya Tidning “revealed” the news that a substance in the ink used in tattooing absorbs the active ingredients of the most common birth control pills, thus making the pills ineffective.

A tattooed mother of two in Örbyhus in central Sweden reacted to her unwanted pregnancy with outrage and demanded compensation from paint manufacturers.

Under the headline “If you can jive, you can work”, Arbetarbladet told of the Social Insurance Agency’s (Försäkringskassan) new team of “jive spies” who spend their time locating senior citizens with the energy to dance and thus, it was concluded, to work.

The swinging, jiving seniors were covertly filmed with mobile phones in order to support the agency’s case, the newspaper revealed.

Fans of the Swedish band The Refreshments received a shock start to their Sunday morning after Gefle Dagblad reported that saxophonist Micke Finell was set to leave the band to replace Clarence Clemons in Bruce Springsteen’s E Street Band.

In a quote attributed to Micke Finell, readers were however given a fairly blunt reminder to take the news with a large pinch of salt.

“Still, there remains a number of gigs before the leaving party. It’s only April 1st after all,” he said.

Always ready to join in the April foolish fun, The Local meanwhile reported that Sweden was mulling a ban on shaving products for minors.

The spoof legislation would bar anyone under 18 from purchasing shaving products after a spate of bullying towards women who are “pro-hair” highlighted public health concerns.

Another story on The Local on Sunday told the tale of a globe-trotting envelope that finally reached its destination on the island of Gotland after almost 76 years.

While the story managed to raise the suspicions of a number of readers, it is in reality merely proof of the old adage that the truth is often stranger than fiction.

One other story on Sunday reporting the forecast that Easter will be met with snowfalls in Sweden, should also be taken at face value, no matter how much one would wish it not to be true.