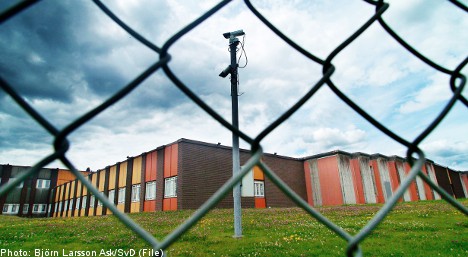 The government appointed committee, which has been looking into Swedish laws on compulsory institutional care since 2008, proposes that Sweden follows the line of many other western countries in regards to institutional care and psychiatric treatment.

In order for criminals to be convicted and sentenced to prison, suspects would still have to be considered responsible for their own actions.

Those suffering from a mental disorder but considered as responsible for their actions could therefore receive prison sentences, which today is not possible.

However, the proposal adds that it is important even for these to receive psychiatric care in prison at an early stage.

But Mikael Rying, criminologist at the Mid Sweden University (Mittuniversitetet) in Sundsvall, is critical of the proposal.

“It isn’t as if I am for more lenient punishments but it is reasonable these people should be treated in places where there are people with the expertise to deal with them,” he told news agency TT.

According to Rying, the Swedish Prison and Probation Service (Kriminalvården) simply can’t cope with these individuals.

“I have read over 2,000 investigations about lethal violence and I am convinced that dangerous behaviour won’t go away with severe punishment. A large share of these people are mentally ill or have a personality disorder,” he told TT.

“Whichever is the case, these people need to return to society again some day and what should be important for society is how to prevent them from falling back into a criminal behaviour.”

In the 1970s, two out of three murderers wee convicted to psychiatric care. Last year, that number was 13 percent.

“The question is therefore if we really need new legislation at all,” Rying told the paper.