The tougher legislation, which came into force during the tenure of former Social Democrat justice minister Bodström, was enacted in an effort to help protect young children from sexual predators.

But an unintended consequence can result in unsuspecting teens being dragged into court for having consenting sex with a partner under the age of 15, Sweden’s age of consent.

If, for example, a 15-year-old were to have consensual sex with a 14-year-old partner, the older teen could nevertheless risk being convicted of sexual assault, rape, or exploitation of a minor.

“(The law) exists so that older people can’t abuse children under the age of 15, and it’s really important that we keep them protected. But this has not taken into account two young people who have completely consensual sex with one another,” Bodström told Sveriges Radio (SR).

Bodström, together with, Åsa Regnér, head of Sweden’s National Association for Sexuality Education (RFSU), voiced their concerns about how courts are interpreting the law in an opinion article published on Tuesday in the Svenska Dagbladet (SvD) newspaper.

“The tougher sex crime laws came about to protect children, not saddle them with guilt,” the two write, calling for an immediate review of the legislation.

According to Regnér and Bodström, young people who are ready to make their “first tentative steps into adulthood” may feel threatened by laws suggesting they are criminals.

They argue that sex among youth should be something that is understood and discussed, and that the current risk of a criminal record is something that can hang complicate that conversation, adding that a conviction can hang over a young person’s head for a lifetime.

Speaking with SR, Regnér rejected claims that the law, which includes an exemption clause for cases involving young teens, is too complicated.

“We don’t think so, we think that this arrangement for exemption is clear, but apparently it doesn’t work as we thought, and therefore it’s important to review it,” she said.

According to Bodström, the primary problem is that courts have misinterpreted the 2005 statute.

Uncertainty has also resulted in cases where social workers are unaware of how to best advise teenagers contemplating having sex.

Despite a precedent-setting 2007 Supreme Court case involving consensual sex between a 17-year-old and 14-year-old in which no sentence was handed down, a handful of subsequent court cases haven’t followed a similar line, according to Regnér.

Bodström explained that the debate has been infected by extraneous considerations regarding the sexual habits of young Swedish teens.

“This has drifted into being a kind of moral issue as to whether the young people should have sex or not, and we think that’s a question for them to decide, as well as their parents,” Bodström told SR.

“Whether others have a moral issue about it is up to them, but it shouldn’t result in it being taken to our courts and being a question for police and prosecutors.” 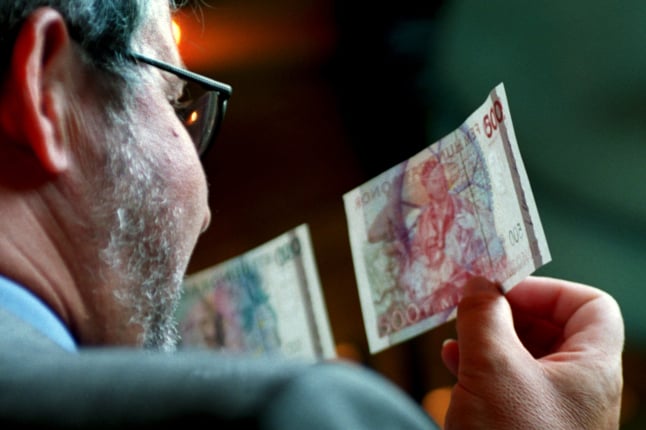 LAWS
Here’s what changes about life in Sweden in October 2020
Url copied to clipboard!