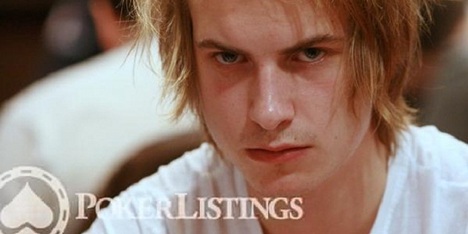 Known in the online poker world as “Isildur1,” Blom is Sweden’s most famous high-stakes poker player.

He’s been known to win or lose millions of dollars in a single day and he’s been part of several of the biggest pots ever played online, including the biggest of all-time in November 2009 when he lost a $1.35 million pot to Patrik Antonius from Finland.

Since December 2010 Blom has had a sponsorship deal with the world’s largest poker site PokerStars. As part of the agreement the young Swede will take on any opponent who wants to challenge him in a special heads-up poker format called the SuperStar Showdown.

In the latest edition of the SuperStar Showdown, Blom and Haxton decided to put up $500,000 each and play No-Limit Holdem for four hours per day until one of them was broke. The game was the biggest so far within this format and was dubbed “The $1 Million SuperStar Showdown.”

The four-hour first session was played on Saturday and Blom got off to a great start winning close to $200 000. The Swede won another $80 000 on Sunday and then finished the match off on Monday by winning the rest of Haxton’s money.

The final hand was played just five minutes before the Monday session ended and Blom secured his victory with trip aces.

Dates for the next SuperStar Showdown are still to be determined at this point and no opponent has been named yet.