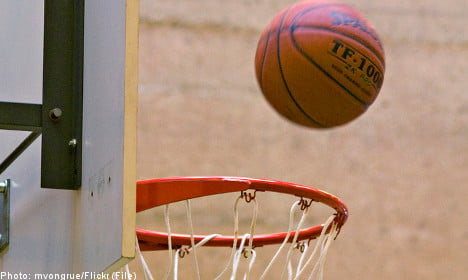 Jeannie Saunders, 25, had been a star for the Visby Ladies women’s professional basketball team along with fellow American teammate Ashleigh Brown, 23, until both found themselves accused with beating a man following a party in their flat in Visby in February.

While criminal suspicions against Brown were later dropped, Saunders was formally charged with assault and stood trial last week before the Gotland District Court, with prosecutors arguing the basketball star should be sentenced to six months in prison.

On Wednesday, the court delivered a guilty verdict in the case, handing Saunders a suspended sentence and 120 hours of community service.

She was also ordered to pay the victim of the assault 16,000 kronor ($1,800) in compensation, far less than the 41,000 kronor he had requested, according to the Helagotland.se news website.

The incident which prompted the criminal charges took place in mid-February following a birthday party in a flat shared by Saunders and Brown.

The two Americans, along with two other teammates, went looking for the 43-year-old man who they believed had stolen a teammate’s mobile phone after tracking the missing phone with a special app.

When the basketball players confronted the man outside on the street near where the party was taking place, he was highly inebriated and claimed to have no memory of having the phone.

But when the women discovered he had the missing phone they grew very agitated.

According to the indictment, Saunders then pushed the 43-year-old to the ground so he was left face-down in a snowdrift.

She then proceeded to kick and stomp him several times in the stomach, back, neck, and head before she and the rest of her teammates left the scene, leaving the man unconscious on the ground.

“I was kicked and stomped until someone yelled “enough”; the atmosphere was tense and aggressive,” the 43-year-old told the court, according to Helagotland.se.

In court Saunders denied having committed assault, but admitted she pushed the man down in self-defence and kicked him twice after she tried to reclaim the missing phone.

“He raised his arm to elbow me. Then I pushed him down and kicked him in the shoulder to make sure he didn’t get up again. Two other players dragged me away when I kicked him one more time. No one else touched him,” she told the court.

In handing down the sentence, the court took into consideration the fact that the victim of the assault was drunk at the time, meaning that his testimony may not have been entirely reliable.

In addition, one witness changed her account of what happened and the victim has no documented long-term suffering as a result of the assault.

Thus, rather than sentencing her to the four months in prison generally associated with such cases, Saunders instead was handed a suspended sentence and community service.

As a result, Saunders, who has weak ties to Sweden, must remain in the country until she completes her community service. 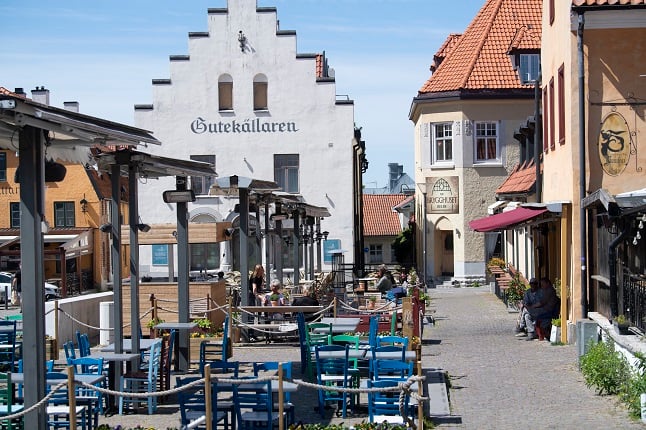