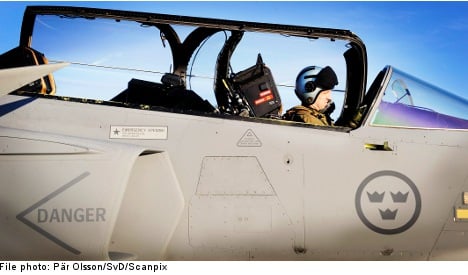 In its marketing materials, the firm also boasts that its Bill 2 anti-tank guided weapon contains a ”soft target mode” that can be used to hone in on civilian houses, cars, and groups of people.

”I actually don’t know what we were thinking when we used those words. I wasn’t involved in making that judgment or taking that decision,” she said.

Pressed further, she declined to criticize the company’s choice of wording.

”We are after all a defence and security company working with defence-related products. Like any other company, we make use of marketing messages.”

But Henrik Westander at PR agency Westander Publicitet & Påverkan lamented the fact that very little appeared to have changed in the defence industry in marketing terms over the last three decades.

”I remember how [Swedish defence firm] Bofors marketed an anti-aircraft gun in the United States in the 1980s using an image of a sharp-shooting cowboy drawing both his pistols at the same time.

“They wanted to give the impression that it was all a game, and it’s still like that now,” he told Expresssen.