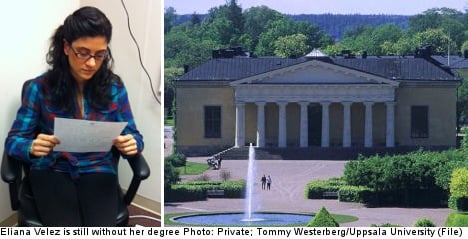 “We all make mistakes, but we need to do more to safeguard against these kinds of mistakes,” Göran Svensson, head of the Media and Communication Studies department at Uppsala University told The Local.

“The onus is on us as educators to inform our students and we’ll have to do that better.”

Svensson’s promise to improve information provided to foreign students comes in the wake of a communications mix-up that left Eliana Velez, a graduate student from the United States, without a diploma and in jeopardy of losing her job.

Velez completed coursework for a master’s degree in Media and Communication Studies in October, but only learned from Svensson in March that she actually didn’t graduate.

She was shocked to discover that the credits for one of the classes she had taken did not count toward her degree.

Velez had enrolled in the class after being told by an academic advisor that it was a possible replacement for a course she had twice failed and which would still allow her to complete the programme on schedule.

But as it turned out, the course credits didn’t count toward Velez’s degree because it was an undergraduate-level course and Velez had already taken the maximum number of undergraduate courses allowed – something overlooked by both her and the advisor.

“They never told me that I wasn’t allowed to take any more undergraduate-level courses,” she told The Local.

“I wouldn’t have taken the course if I had known.”

After being alerted to Velez’s lack of a diploma and the potential consequences it had for her job, Svensson agreed to contact her employer to explain the situation and see what could be done to rectify it.

In addition to the letter, an apologetic Svensson is now working to find another class Velez can complete at a distance in order to gain the credits necessary for her to complete her degree requirements.

“We’re very sorry about what has happened, but there is no question that Eliana will graduate,” he said.

Velez is appreciative of Svensson’s efforts, but added that the whole episode has left her “exhausted”.

“The letter that Göran wrote was exactly the kind of letter that I needed him to write. He apologized for the error, and accepted the mistake that was made.”

Velez is prepared to take one more class in order to finally complete her degree, but remains critical of the advisor who gave her bad information.

“I just hope that a mistake like this never happens again,” she said, emphasizing once again that more care should have been taken in formulating the advice she was given.

“Had I been advised differently I would be in a different position. It’s not easy to know what questions you need to ask so that you get the right answers.”

She encouraged foreign students to “as many questions as possible” to avoid misunderstandings like hers.

Svensson also said that Velez’s case had been an important learning experience for him and his staff.

“We will certainly look into cases much more closely before giving advice in the future,” he said.

“It is complicated, so we will really step up information to make sure foreign students are really aware for the requirements.” 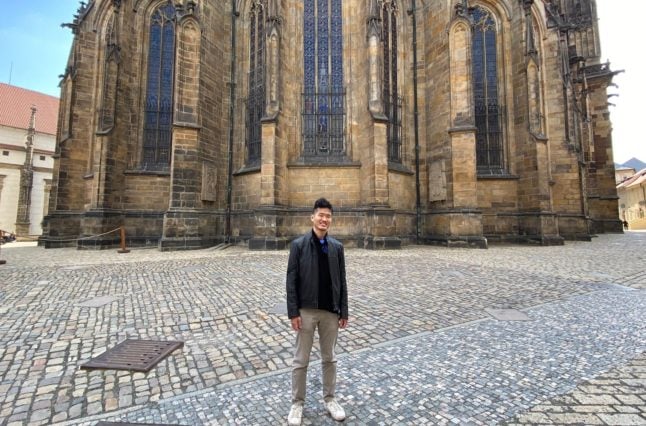 WORKING IN DENMARK
How Danish work permit rules are keeping out skilled foreigners living in Sweden
Url copied to clipboard!