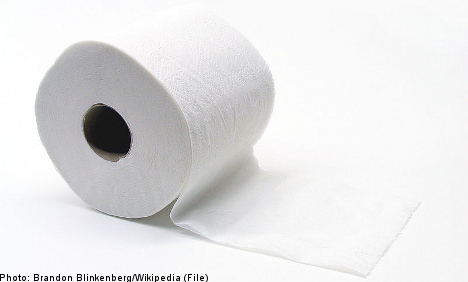 “We were very close to a strike of course,” said head negotiator for retail union Handels to news agency TT on Thursday evening.

“Five and a half hours away,“ added union head Lars-Anders Häggström.

Several Swedish toilet paper factories had threatened to strike as well in a show of solidarity with Handels.

This action, which was set to go in effect on April 23rd, meant that the toilet paper and paper towel supplies in stores across Sweden could have been wiped out.

If either of the parties had turned down the latest offer from the employers, a strike would have been imminent, with the result of several ensuing solidarity actions.

According to the unions, the reason for the lengthy talks was that negotiations were complex and delicate, but finally Handels got what it wanted and chose to call back the threat of a strike.

“We have signed a deal and we are very pleased with that,” Häggström told TT.

On the employers’ side there is also relief that the parties managed to come to agreement.

According to Dag Klackenberg, CEO of the retail employers association Svensk Handel, both parties started out with salary expectations very far removed from one another.

However, they managed to position themselves somewhere in the middle with a 2.6 percent salary increase, satisfying both sides.