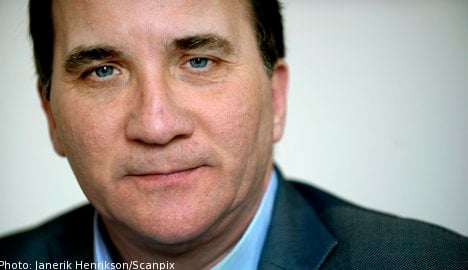 Since the party’s nadir in January, following the resignation of the then party leader Håkan Juholt, the increase is now 12.2 points according to polling institute Sifo.

Furthermore the gap between the red-green opposition and the government continued to grow, with the lead now coming in at 8.9 percentage points.

The Social Democrats are reported to have claimed voters from all sides of the political spectrum and the party has now climbed above its showing at the last election, while all the governing Alliance parties are trailing below.

New party leader Stefan Löfven has been criticized for maintaining a silence since assuming control of the party, but according to commentator Professor Sören Holmberg, the low-key approach has worked in the party’s favour.

“The party’s position is not clarified and this allows people to engage in a bout of wishful thinking,” he said to the Svenska Dagbladet daily, which published the poll on Sunday.

“In this way Löfven has been clever by not putting his foot down on concrete issues,” he told the newspaper.

Aside from the growth of the Social Democrats, other changes are small in relation to Sifo’s March poll.

The Green Party dropped one percentage point, with all other changes within this margin.