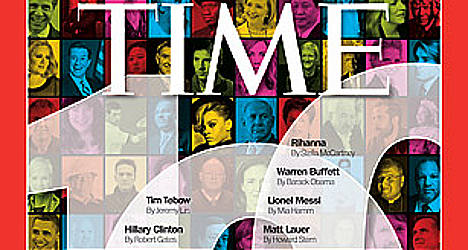 In addition to Ek, the 29-year-old Spotify co-founder and current CEO, Karolinska Institutet researcher Hans Rosling, 67, was also included on Time’s list for “his stunning renderings of the numbers that characterize the human condition”.

Ek’s citation, penned by American actor Kutcher, praised the Swedish IT-entrepreneur for building a “business out of having simple faith in humanity”.

“Daniel knows that the artist and consumer are the heart of his success. He knows that music is an expression of the soul, that quality must be maintained and that creators must be compensated,” Kutcher writes.

Rosling, meanwhile, is described as having the “quiet assurance of a sword swallower (which he is) but also of a man who is in the vanguard of a critically important activity: advancing the public understanding of science”.

The founder of Pirate Party, Rick Falkvinge, had also been among the 200 candidates under consideration for the inclusion on Time’s list.

And while he landed in 67th place in an online poll, Falkvinge wasn’t included on the final list.